Mentioned in Dispatches – May 2017 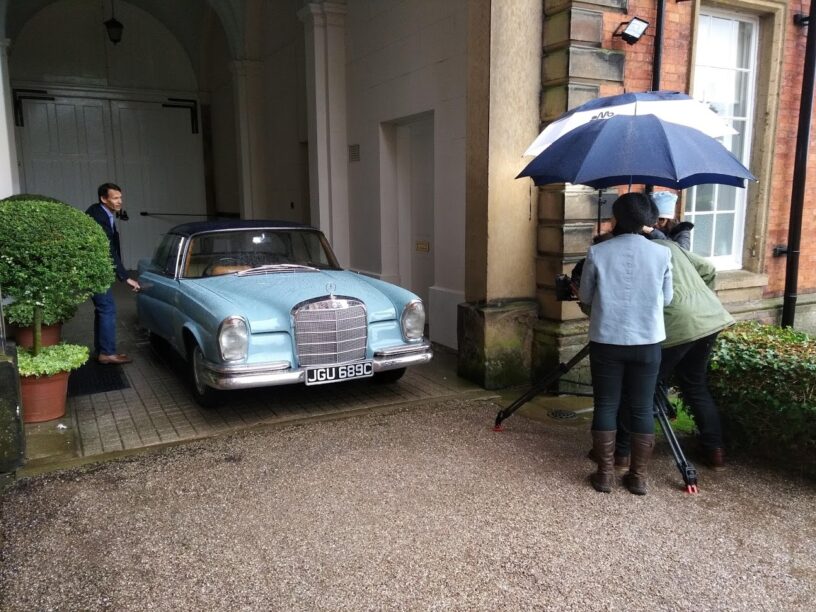 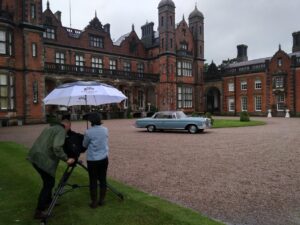 We recently provided our lovely 1965 220Seb coupe as a prop for the Channel 4 Dispatches programme which was being filmed at nearby Capesthorne Hall. Presenter Morland Sanders was conducting an investigation into the hidden costs of personal contract plan (PCP) funding for private car finance, and how it is a major contributor to the UK’s personal debt mountain.

Apparently a huge increase in the amounts borrowed by already indebted households in Britain and the US to buy new vehicles is fuelling fears that “sub-prime cars” could ignite the next financial crash. British households borrowed a record £31.6bn in 2016 to buy cars, up 12% on 2015. Nine out of 10 private car buyers are now using PCPs, which have boomed since interest rates fell to historic lows. 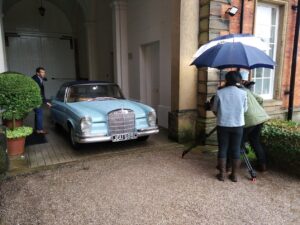 The angle of the story was that wealthy individuals in the 1960s and 70s used to buy a high quality new car and keep it for many years, and suggesting that the time may be right for us to start doing that again – maybe with a lower cost or used vehicle, but to keep it for a longer period.

Morland, who is a Mercedes enthusiast himself, drove our car for several takes and announced that he would much rather take ours home than the brand new C Class cabriolet they were comparing it with. Despite the shoot being dogged by continuous heavy rain we managed to get it “in the can” and it is scheduled for airing sometime during August.