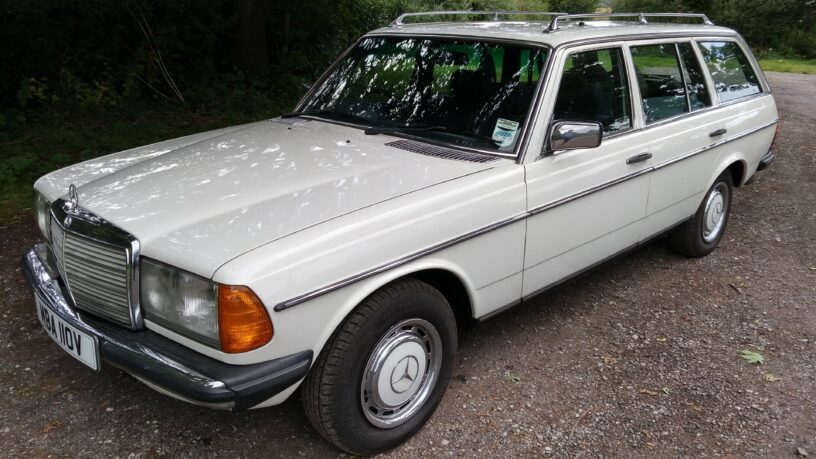 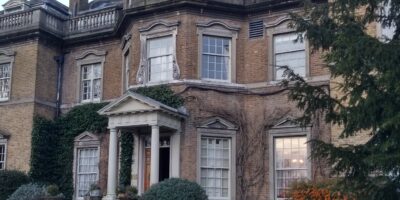 On 1 April 2021 our 1980 280TE estate (known to many as The Ambulance) became officially entitled to Historic Vehicle status, qualifying for free road tax and MOT exemption. A couple of our collection are already road tax free, but it doesn’t dim the sense of satisfaction from walking into the Post Office and handing over the paperwork! 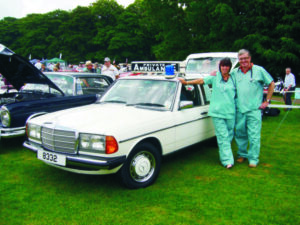 Pete and Ann on duty with the ambulance in 2008 at the Tatton Park MB Club stand – the first year they owned it.

Unlike our other Historic Vehicles (a W111 from 1970 and a W108 from 1972), the W123 was so far ahead of its time when new that even at 40 years old it is still what many people would consider to be a practical daily driver, in Summer at least. It really does not feel that old fashioned. Gaining the privilege of tax free motoring is therefore especially satisfying.

Having spent most of the last few years in storage, with only occasional outings, the 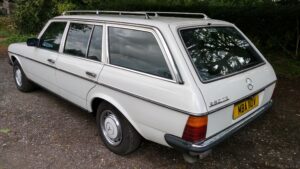 car is already relishing its new freedom. It has been used most days since attaining its new status, and we fully intend it to form a regular part of our transport during Summers from now on, including participation in classic car tours.