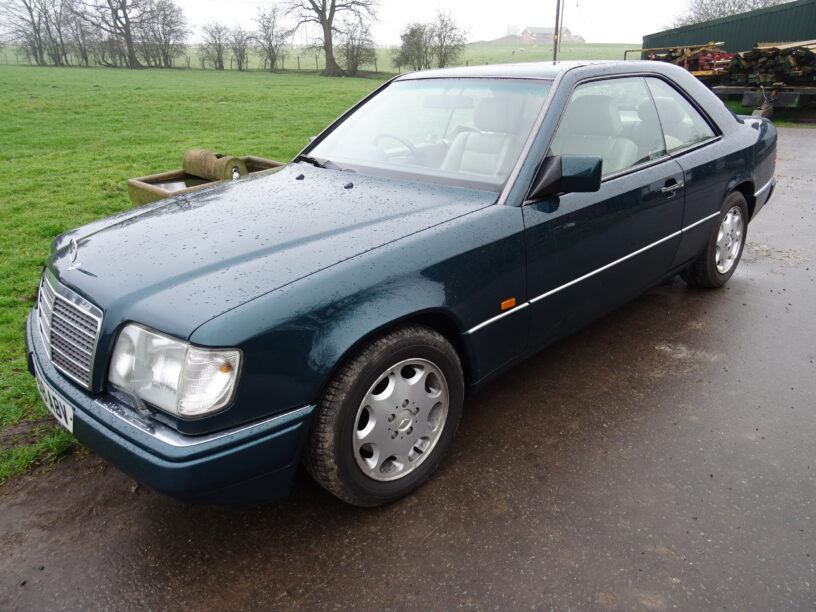 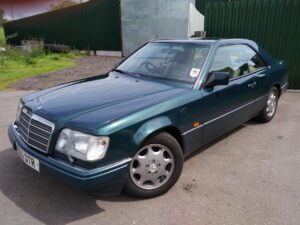 Still gorgeous after all these years

Our 1995 E320 Coupe passed the milestone of 200,000 miles this month. More precisely it passed Hilton Park Services on the M6 in the pouring rain as it clicked over to the magic number, en route to a friend’s wedding in Wolverhampton.

Pete bought this car in October 1997, yes nearly 20 years ago, from HL Gorner Mercedes-Benz of Wigan (now sadly no more) several years before we entered the motor trade ourselves. It was a one owner car with 27,000 miles on the clock and it cost £31,700.

For many of our 20 years with the car it has been Pete’s most regular form of transport, and some years it has done over 30,000 miles. Pete once had a very surreal dream in which he was driving it down the motorway in his dressing gown and slippers. The driver’s seat had morphed into a comfortable armchair and the centre of the dashboard was a fireplace with a roaring open fire. What does that tell us?!

As well as travelling the length and breadth of the UK we have made many trips to France, Spain, Belgium, Holland, Denmark and Germany in it (usually loaded to the gunwales with wine on the return trip), and we still do. It is the newest car we own, and that’s absolutely fine by us.

It has never “failed to proceed” though it did come back from Oxford on a recovery truck one time when an overtightened V belt caused an idler pulley bearing to get a bit noisy. 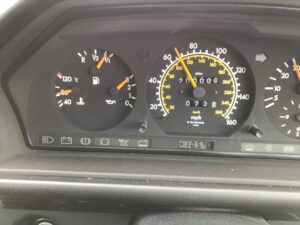 The moment it happened – taken by Ann from the passenger seat.

Two new front wings were fitted about seven years ago, the paintwork has been “freshened up” twice, and bits of localised welding have been done to the jacking points, rear arches and front inner wings. The Mushroom leather interior is all original and, apart from slight patina to the armrest and driver’s seat bolster, still looks pretty much as new. In the days when Pete used to wear a suit for business he used to have them made with the back pocket on the left, purely so that the button wouldn’t scrape the bolster when getting in (obsessive – surely not!).

It has been regularly serviced and has consumed many tyres, brake pads, brake discs, a few suspension bushes, ball joints, four shock absorbers, two head gaskets and one exhaust section (only because the catalyst failed the MoT on emissions), but apart from those things there has been very little unscheduled expenditure. It drives just as well today as it did 20 years ago, and continues to attract admiring looks and comments wherever it goes; probably more so now that it is “of a certain age”.

We love it dearly and could never dream of parting with it, in fact Ann says that when Pete’s time comes he will probably be buried in it!