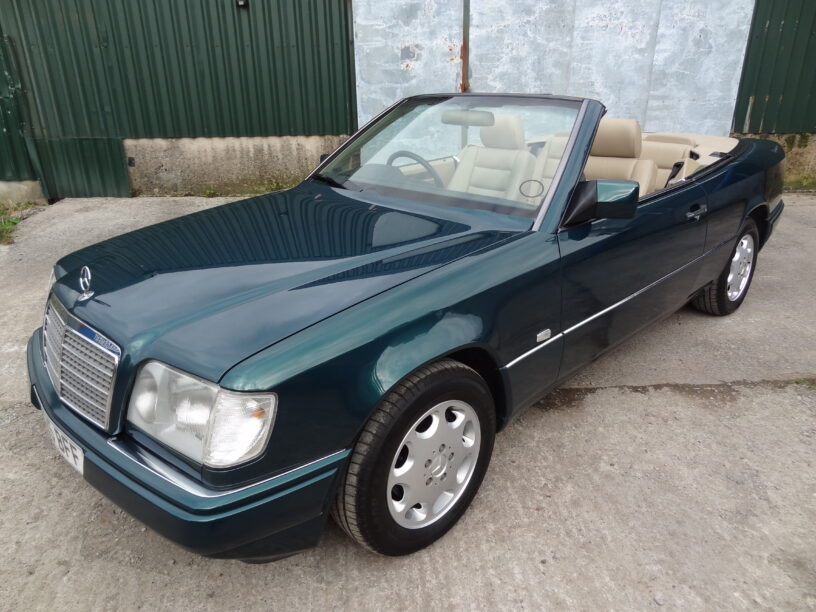 This beautiful cabriolet, one of the very last to be built, was supplied new with full UK specification to a member of the British Army Garrison at Paderborn, Germany in February 1996 under the NATO forces tax-free scheme. He kept it for the six months minimum required under the scheme rules, covering around 9,000 miles in that time, then sold it to Lancaster Mercedes of Ipswich. They supplied it to a gentleman in 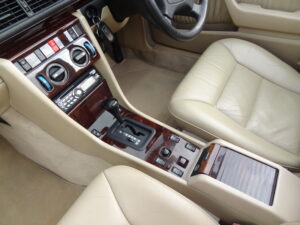 North London, who kept it for 11 years until 2007, after which it went to a clock maker in Llandudno. After three years ownership he sold it to a gentleman in Keighley and in 2012 it was purchased by its latest owner, a retired gentleman near Altrincham, Greater Manchester. He had intended it to be the car for his retirement, but unfortunately he developed health problems not long after buying it. The car remained in storage until his death and we purchased it from his widow quite recently.

Servicing and record keeping has been very thorough throughout the car’s life, After collecting it in person from the factory (as evidenced by the Sindelfingen PDI stamp) the original owner in Germany had it serviced once by a German Mercedes dealer. There are then a further six service stamps from UK Mercedes dealers, six from independent Mercedes specialists and one from a non-franchised garage. Servicing has been done on a time elapsed rather than mileage covered basis, and all have been done at less than the manufacturer’s recommendation of 9,000 miles. The history file contains all but the first two service invoices, and almost every MoT certificate since the car was three years old. 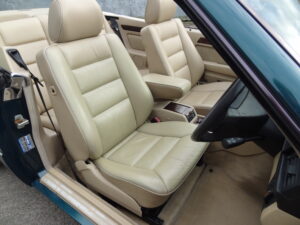 The car was not serviced during its time in storage with the latest owner, but we have checked, recommissioned and seviced as necessary, including fitting a pair of new genuine Mercedes front wings.

The physical condition is superb throughout, with beautiful paintwork, excellent interior and all fixtures and fittings in full working order. It drives beautifully and feels like a much younger car.