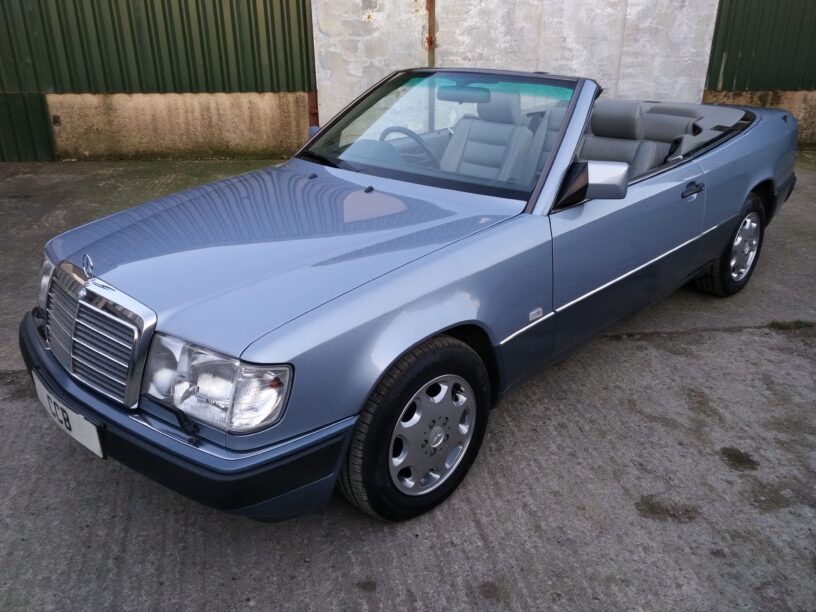 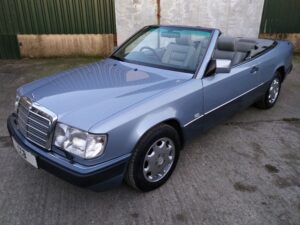 This is one of only 557 320CE/E320 cabriolets officially imported to the UK, and is even rarer than that statistic suggests by being one of the tiny percentage to be built in the few months between the model’s introduction to the UK in Summer 1993 and the Autumn 1993 facelift. As such it still has the traditional Mercedes look with the prominent rectangular radiator grille, which is getting more and more sought-after as each year passes. The metallic pale blue paintwork with the darker blue soft top and lower panels suit the car perfectly, and together with the pale grey leather interior give it a very fresh and delicate look.

The car was collected new in June 1993 from the Stuttgart factory by its first owner under the now defunct Personal Collection Programme, and driven back to his home 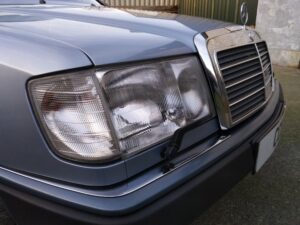 in Cheltenham. We have all the documents, passes, hotel receipts etc from that trip on file.

The UK supplying dealer was County Garage of Cheltenham, and they attended to the servicing for several years, with four of their stamps in the book. There are also two stamps from a non-franchised garage in Cheltenham, which take the servicing up to 40,000 miles in 2005. As well as the stamped up service book we have all MoT records since 2006.

For the nine year period between 2005 and 2014 the car spent most of its time garaged, covering less than 3,000 miles during that period, however it always had a current MoT and covered at least a few hundred miles every year. Since then it has had two owners, one a Mercedes-Benz Club member and collector in Stockport whom we know personally, and the other a Mercedes collector from Hebden Bridge. Both have 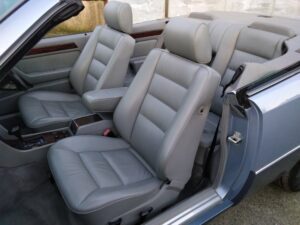 used it very sparingly as a car for special occasions only, which has contributed to its present exemplary condition. Latterly it has been serviced by independent Mercedes specialists, one in Manchester and one in Blackburn.

The physical condition is superb throughout, with all fixtures and fittings in full working order. It drives beautifully and feels like a much younger car.