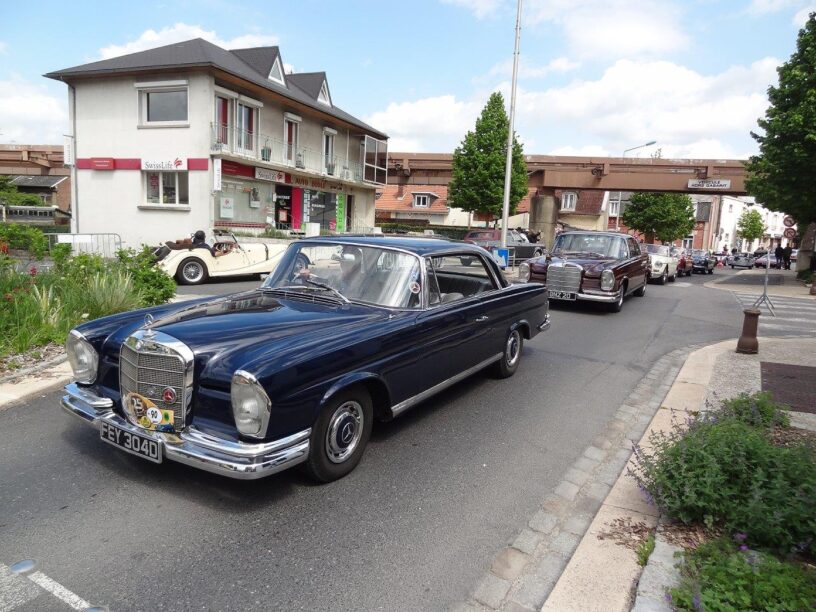 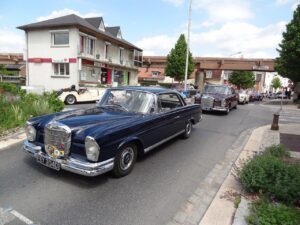 Our car on the circuit, with Paul & Allyson’s 220SEb behind

It’s been three years since we have participated in this wonderful event in northern France, and as 2016 was going to be the 25th anniversary of it’s first running, with a bumper turnout expected, we thought we’d better remedy the omission.

We had a few choices of cars to take, but decided on a 1966 220SEb coupe which we purchased a few months ago but haven’t actually used very much. In fact no-one has. The second owner, who had owned it from 1981 until now, had carried out a full restoration over recent years, but owing to ill health had hardly had a chance to enjoy it. In that case what better way to remedy this, and assess its reliability, that an 1,800 mile thrash to France and back! 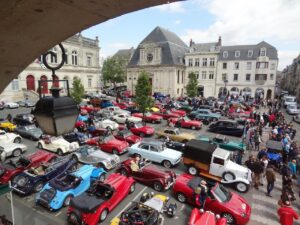 A few of the cars in the town hall square

We took the Dover-Calais ferry a few days before the event and stayed two nights in a hotel right in the centre of the beautiful city of Reims, before heading back up to Laon for the ‘Montee’ as the locals call it. True to predictions it was the best time we have ever had there, with over 1,000 classic cars descending on this small city and turning it into classic car heaven for three days. It was great to see several of our customers there, one in an identical car to the one we were in which we sold him a couple of years ago.

We had a thoroughly excellent time all round with largely good weather and the car performed faultlessly, running happily at 60-65mph on the autoroutes and taking all the stops and starts of the Laon event routing in its stride. 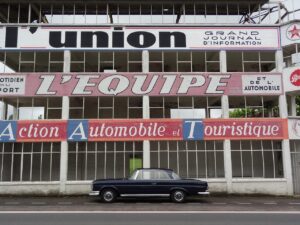 A brief stop at the old Reims Grand Prix circuit, which is now a main road

This date is a must if you actually like driving your car in an organised but non-competitive event. 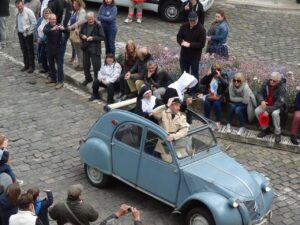 Capturing the spirit of the event. As far as we could tell all occupants were male!