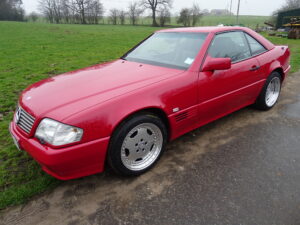 For those who know this model we hope you will bear with us if we state a few basic facts for the uninitiated. Firstly this is NOT an SL600, nor does it have a V12 engine. Aside from having a similar appearance and cubic capacity it is about as different from an SL600 as it is possible to be. It is also ultra-rare, with only 49 RHD examples built.

It is the 6.0 litre AMG version of the V8 Mercedes SL, a thundering powerhouse of a car with such a Jekyll and Hyde character that you could easily drive it down to the shops without realising what reserves are there to be unleashed. But AMG didn’t just modify the engine; they reworked the suspension and brakes too, and added the beefiest wheel and tyre combination this side of a drag strip. The result is a car that is comfortable and refined in normal driving, but which accelerates, handles, corners and stops like a racing car when opened up. The official rated output is 381ps at 5500rpm, but it is widely accepted that this was downplayed by Mercedes-Benz in order not to overshadow the in-house SL600. The true output is believed by many, and later unofficially confirmed by AMG, to be somewhere in excess of 400ps, and it certainly feels like it! A huge bonus is that it can be serviced like any other Mercedes by any dealer or specialist. 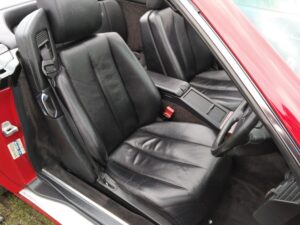 This example was registered new by Isaac Agnew Mercedes-Benz of Belfast in 1995, we believe as a dealer demonstrator. It soon moved to mainland UK with a gentleman near Matlock, Derbyshire, who kept it until July 1997. It then went to a gentleman in Glasgow who kept it for a further five years, though we suspect it didn’t spend much time in Scotland as the service stamps from this period are mainly from dealers in the Manchester area. The latest owners, a couple in Bakewell, Derbyshire, acquired it in September 2002 and have owned it for 17 years until now. Their usage has been very sparing at an average of well under 2,000 miles per annum. They have always kept it well garaged as a third or fourth car in the household, used only for special journeys and holidays, and have cossetted it, which explains its beautiful condition throughout. 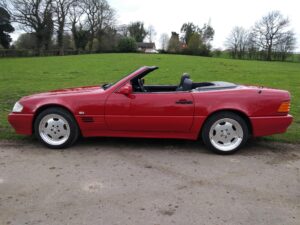 Servicing has almost always been carried out at much less than the recommended mileage intervals, with no less than 22 entries in the book, all from Mercedes-Benz dealers. As well as the fully completed service book we have all MOT records back to 2005 and all service and repair invoices back to 2003, amply demonstrating the fastidious approach to maintenance that has been applied.

This car drives superbly, with instant response and a seamless wave of torque available whenever needed. All physical and cosmetic aspects are in beautiful condition, and it will be admired by those in the know wherever it goes. There cannot be more than a handful of RHD SL60s remaining in this condition with mileage this low, and now that the model has been identified as strongly collectable by the cognoscenti, values can only head upwards. 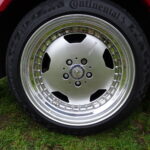 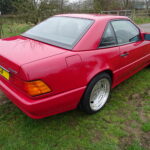 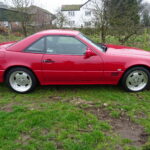 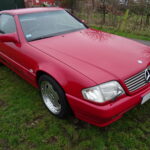 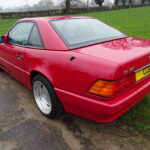 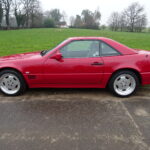 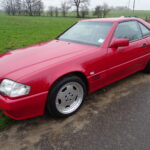 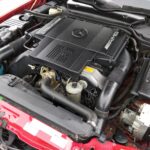 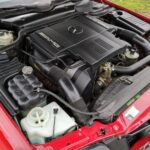 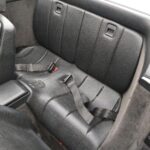 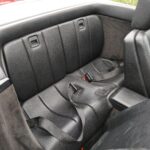 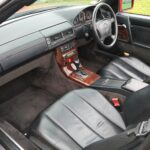 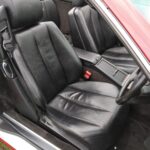 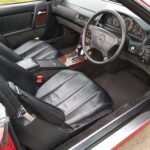 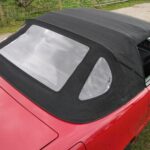 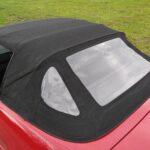 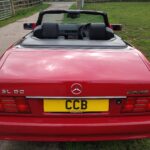 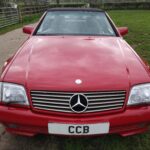 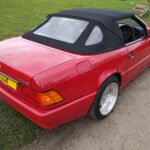 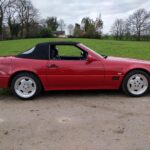 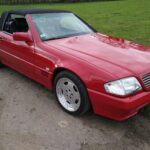 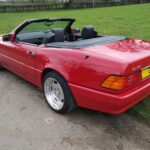 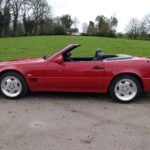 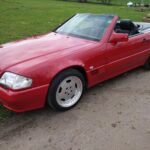